In a new interview by Coast to Coast am, author and researchers David Wilcock stated that an alliance of ancient civilizations is living inside the planet. These ancient civilizations have been calling the inner Earth their home for long periods of time and they are about the reveal themselves to the world. Wilcock explained that during the formation of all watery planets in the universe (and according to latest studies by NASA there are quite a few) hollow cavities are formed below the surface of the crust, with their very own biome with bacteria that is capable of giving off natural light.

“What this means is that you can actually live inside caverns in the Earth that have visible light,” he marveled.

Wilcock states that based on his research, it seems as if these cavities are utilized so that advanced civilizations have a place they can live while looking out for everything that happens on the ‘outer Earth’, the surface of the planet.

Wilcock firmly believes that during the long history of our planet, numerous advanced civilizations like the Atlanteans went underground in order to survive the chaotic times ruling over the surface of our planet. Eventually, they decided to settle down in their new subterranean habitat.

The existence of underground tunnels and passageways has been a subject of debate for centuries. Ancient civilizations around the world speak of these entrances that lead to entire new kingdoms, located far beneath the surface of the planet. Ancient mankind in Turkey seemed to have recreated these legends by building huge underground cities like Derinkuyu, or the largest ever found near Cappadocia Turkey.

Wilcock believes that the government has knowledge of their presence due to accidentally discovering them via clandestine projects aimed at building secret underground bases.

In the interview with C2C, Wilcock claimed: “They’ll have these tunnel boring machines and sometimes they break through into someplace they’re not supposed to go, and there’s already people there.”

While citing testimony of contactee Corey Goode, Wilcock claimed that the tenuous relationship between the inner Earth people and those living on the surface who know of their existence has become fractured in recent times.

“This military industrial complex had formerly worked with these people and had treaties with them and is now trying to kill them,” said Wilcock

This is why, according to Wilcock, these Inner Earth Civilizations have come together in order to respond to the great threat emerging in recent times, and are turning to interstellar entities in hope of gaining their aid to fight the forces which are trying to destroy them.

According to writings by C2C, Wilcock stated that a long sought after meeting between the two groups was finally held and Goode was allowed to observe the exchange. A stunning request was made by the interstellar entities after the meeting.

“The Inner Earth people came out of it quite shell-shocked,” Wilcock said, “they have been asked to reveal themselves to us as part of disclosure, should the subterranean societies comply with the request, he mused, “I think we are going to find out that underground bases are much more extensive than we thought and much more ancient.”

There’s been a lot of attention directed towards inner-earth lately. Since Corey Goode has come forward and revealed the fact that there are civilizations that live in inner earth I’ve seen a lot more interest about them.

Corey Goode has been in contact with a inner-earth group that calls themselves the Anshar. Evidently they’ve been on this planet for approximately 20 million years. There are various other groups as well that live beneath us, but the Anshar group is the oldest of them all. 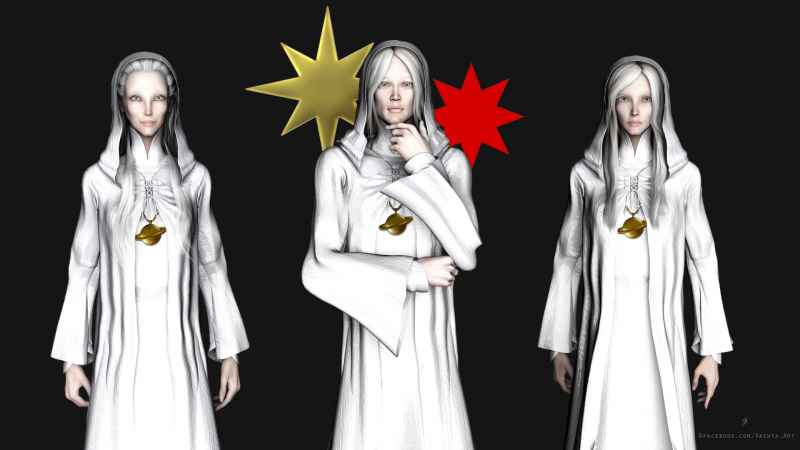 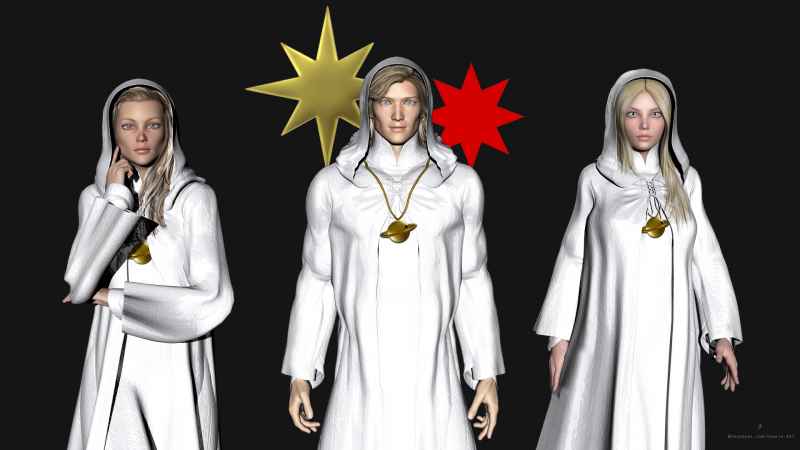 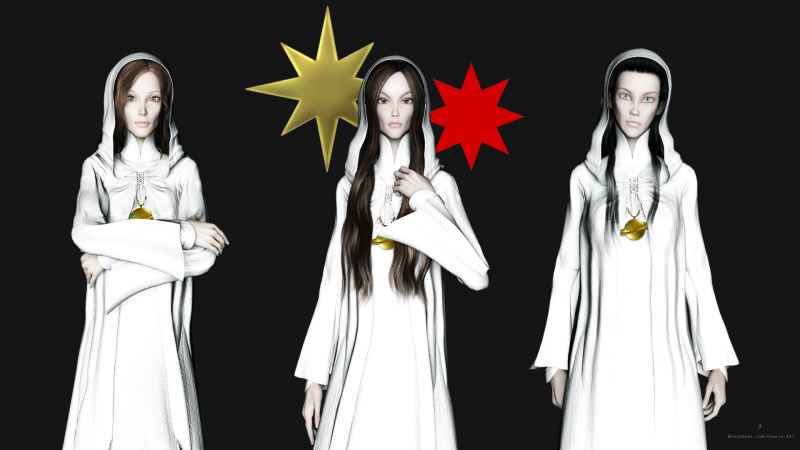 These civilizations have been interacting with surface humanity from time to time. They helped kick start civilizations whenever possible. They’ve provided us with understandings that could help us advance as a race. They’ve been trying to help us whenever we needed assistance.

Unfortunately though because of our warlike tendencies they had some very strict policies in regards to dealing with the surface population. They deliberately deceived surface humanity for purposes of operation security. When they started to notice that we’re advancing to a level that we could potentially be a threat to them, they started to undertake programs and deceptions that would help deter surface humanity from realizing they live below our feet.

What they did was tell us they were from outer space so that we would focus on space rather than beneath the earth. This is very understandable when you think about it, would you want a warlike species knowing where you live? I most certainly would not! They didn’t deceive deliberately to harm us or cause pain. They deceived for reasons of self preservation. Faced in the same circumstances as them I would make the same decision.

Corey Goode also revealed that he experienced a mind meld with a High Priestess by the name of Kaaree. Evidently she was able to hone in on a experience that Corey had a while back. Even though they blank-slated Corey(removed the memory of this event) evidently the souls still retains the experience thus they were able retrieve the lost memory. This experience was very emotional to Corey and Kaaree. Since then Corey has been in active contact with the Anshar Group and continues to share about his experiences.

Corey Goode has also revealed that the inner-earth civilizations are changing their policies in regards to their interactions with the surface population. Thus they’ve taken the first steps in establishing contact with the surface people. This is good news since we can benefit from them tremendously.

Read: Inner-Earth Embarks on Negotiations to End Isolation From Humanity

There are also many stories about other inner earth civilizations as well. Another contactee goes by the name of Asara(real name Annette Sassou) who is in contact with a ascended master named Adama. He’s from the City of Telos which is part of the inner-earth network. Evidently his civilization is 5th dimensional.

Granted its not the first time I’ve heard things about Telos and Adama, but I’ve stayed clear of them because of the fact there isn’t much information you can find about this civilization, besides channelings. Which you have to be careful with because of the fact channelings are not always the most reliable sources of information. Granted I have no proof they don’t exist, but I also don’t have proof they do exist. I tend to lean towards it being authenticate, but I’m not going to put all my eggs in that basket. Exercise discernment.

As you can see there is a lot of interest with these inner earth groups. I’m just glad to see the amount of interest in this topic. At one time the mention of inner earth civilizations would have others questioning the insanity of those who would consider such a notion. Now though, it’s a openly discussed topic. Disclosure is now, disclosure is happening and official disclosure is near. There is no stopping it now. Things are moving forward towards it.

The Hopi specify that the Grand Canyon is the place where the Hopi emerged from their underground shelter after the flood had destroyed the Third World. The Ancient Hopi also mention mysterious ant-like Gods and Flying shields that existed in the distant past.

Whenever we write about the Inner Earth, aka Hollow Earth, and the numerous ancient cultures that mention a place within our planet where there is life, we encounter hostility.

But why? Is it because the existence of such a place contradicts everything we have been told in the past? Or is it because we are blindly following mainstream dogmas that have been put into place in the past telling us it’s impossible’?

The idea that our planet is Hollow can be traced back thousands of years. And like other popular accounts, nearly all ancient cultures speak of certain places on Earth where we can access the inner world.

One such culture are the Ancient Hopi.

Not only did the ancient Hopi believe their Gods inhabited the inner parts of the Earth, they depicted mysterious Ant-like beings and flying shields thousands of years ago. Interestingly, their legends also speak of a great flood which is a clear parallel to ancient Sumerian legends of the Great Flood.

If we take a look at the ancient Hopi and their beliefs we will find that this ancient culture claims that their ancestors did not arrive from the north, not by ship, but from below the surface of the Earth.

In fact, the ancient Hopi indicate that the specific location of the Hopi legend is inside the Grand Canyon, where there are mysterious entrances to the inner earth.

The stories of native Indians claim that the Grand Canyon was formed by the result of a great flood, which drowned the former third world, sent upon those who had forgotten the way of divinity.

The Hopi cosmology specifies that this is the place where the Hopi emerged from their underground shelter after the flood had destroyed the Third World.

This magical site is sacred and off limits to anyone but the Hopi people. Further stories indicate that in the distant past, the ancient Hopi were assisted by mysterious beings, commonly referred as insects, ants, that inhabited regions of the inner world.

The ancient Hopi speak of their deities as ‘ant men.’ In fact, some of the petroglyphs found near Mishongnovi, Arizona, created by the ancient Hopi depict the enigmatic beings with antennas’ offering an idea of how these strange ant-men looked like.

Interestingly, not everything is based on legends and stories.

It is said that in the past, the Smithsonian institute –which has been called out for hiding ‘controversial discoveries’— discovered a number of artifacts inside a huge cave with intricate passages and rooms, with tablets bearing strange hieroglyphs.

An article published by the Arizona Gazette on April 5, 1909, says that the Grand Canyon was once home to a lost civilization, which consisted of beings of gigantic proportions.

The article published over 100 years ago indicates that a massive underground citadel was also discovered by an explorer called G.E. Kinkaid who stumbled across it while rafting on the Colorado River.

It is said that the entrance to the massive citadel is located ‘at the end of a tunnel that stretches for almost a mile below the surface’.

However, just as the Ancient Hopi, the Macuxi Indians –indigenous people who live in the Amazon, in countries such as Brazil, Guyana and Venezuela— also speak about the Hollow Earth and how it is real.

According to Macuxi legends, they are the descendants of the Sun’s children, the creator of Fire and disease and the protectors of the “inner Earth.”

Until the year 1907, the Macuxies would enter some sort of cavern, and travel from 13 to 15 days until they reached the interior. It is there, “at the other side of the world, in the inner Earth” is where the Giants live, creatures that have around 3-4 meters in height.

As you can see, there seem to be conclusive indicators that a place called the inner earth may actually exist.

Has this been covered up as some people suggest? And could this be part of our amnesic species as Robert Sepehr suggest?