(Enerchi) Amazing to see Chelsea Clinton, daughter of accused satanic political icon Hillary Clinton, coming in defense of another accused pedophile family, John Legend and Chrissy Tiegen. It seems that Chelsea Clinton, a known member of a famous satanic family felt obligated to defend against the #pizzagate conspiracies now being fingered at celebrities John Legend and his wife Chrissy Tiegen. To bring even more awareness to the Clinton’s being a satanic family, Chelsea wishes the Church of Satan a “Happy New Year”. No I am not making this up. 2018 starts of with a bang! Main stream media is picking up the Church of Satan story as well. Here is Yahoo defending Clinton, here is Gateway Pundit, and here is Infowars.

Anyhow. I really am not enjoying that shit as the last thing on my timeline soooooooooo hello, normal people. Love you.

Chrissy, sending you & beautiful Luna a huge hug. It is awful & never ok when people threaten or demean any child. I’ve lost count of the Twitter accounts who’ve threatened Charlotte with #FGM. While I never bother to report threats against me, I now report every one against her.

The Church Of Satan

Replying to @ChelseaClinton and 5 others

The Church Of Satan 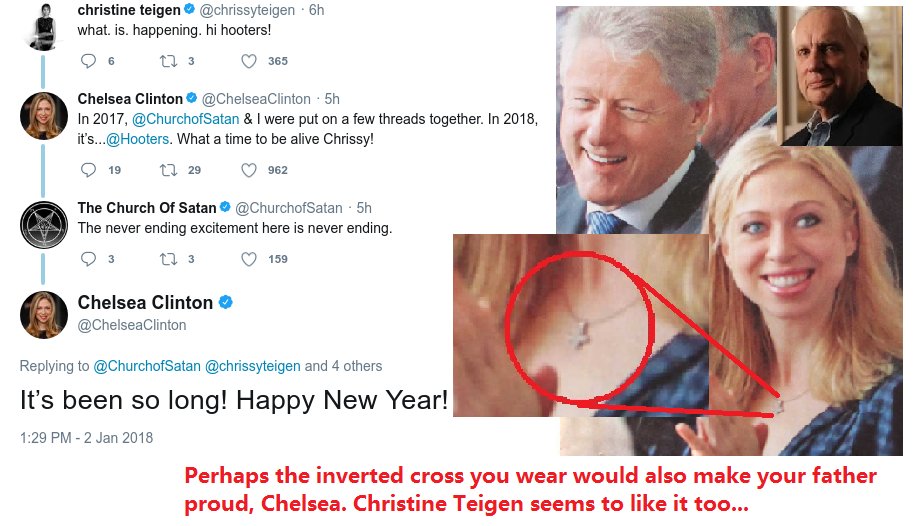 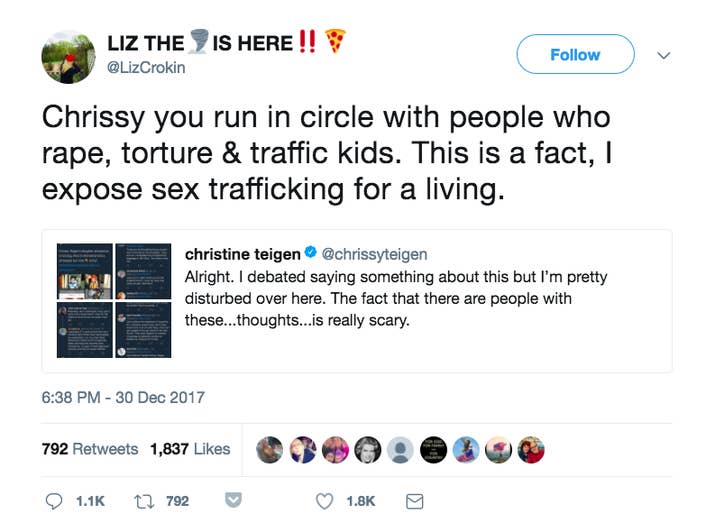 Here is what an Anon had to say about the recent twitter storm exposing John Legend and Chrissy Tiegen being outed on Twitter.