I’ve been experiencing a lot of synchronicity in regards to these coming changes. It all started around 2012 and has been slowly building up since then. It’s of my opinion that something big really is going to happen soon. I’ve had dreams about disclosure and meeting extraterrestrials.

Then on top of that we see a major shift when it comes to our collective consciousness. It seems as if many of the things that were once labeled “Conspiracy Theories” are actually being investigated and independently studied. I see many people getting into the Alternate Media and really adding powerful energy to this movement.

I’m specifically impressed how everyone has stepped up their game when it comes to calling for Full Disclosure. I see people starting blogs, Youtube videos and radio shows to help spread the word so that the ‘Powers that Were’ get the message clearly that we will only settle for Full Disclosure.

If these Earth Alliances would take the time to listen to the awakening community they would easily conclude that We The People have decided on Full Disclosure. It’s pretty much unanimous.These Earth Alliances are in their positions because of We the People, they can either prosper with us or be moved out of the way for people who want Full Disclosure and real change.  It’s as if they think they know more about what is going on than we do. As if it was revealed we wouldn’t be able to handle it….

Well for us in the awakening community, not only can we handle it, but we’ve already dealt with it ourselves. Nothing that will be revealed can shake our unwavering faith in humanities’ ability to handle the Truth. Many of us have taken the task in dealing with our own demons, which are monstrosities that make all the plans of the Cabal pale in comparison. We are each our own worst enemy, what the Cabal has done is merely a reflection of that which is within us all.

Whether it be the fact that they tried to unleash a mini clone zombies, nuke the world, unleash deadly disease or throw us in FEMA camps to kill us is irrelevant. We the People can handle the Truth, it is these so called “leaders” in these secret societies, military alliances and earth alliances that cannot handle the Truth. The Truth they seem incapable of understanding is that HUMANITY CAN HANDLE THE TRUTH!

I cannot stress this out enough because We the People are much more resilient than these alliances would portray us to be. They believe the Truth can hurt us more than a lie…. The plan for the Truth to be revealed in 100 years is unacceptable. Who’s to say these Cabal leaders would honor it and not try to kill us all still? Who’s to say these new earth alliances wouldn’t do the same thing? Transparency is key, these groups should reveal themselves to the world. Quit hiding in the shadows, we know more about the Cabal than we do the Earth Alliance it seems at times.

The stalling game is over. No, I don’t care if your part of the Dragon Society, Illuminati, Freemason or Secret Space Program. We’re ready for the Truth. You have no right to decide upon partial or full disclosure. It is We the People who decide this, because this isn’t isolated to cliques or special interest groups. Listen to the people, they’ve spoken and the message is Full Disclosure is the only way to move forward! Will you work with the people or will we have to replace you with others who will? The choice is yours, but in the end Full Disclosure will happen regardless.

Source: Other Than Earth

In 2014 “Bashar” an extraterrestrial being channeled by Darryl Anka made a startling prediction… “In your upcoming fall of 2016 EVERYTHING will change!”

Will everything change this fall of 2016?

There seems to be some interesting data pointing towards something indeed occurring this fall. Perhaps it’s what many call the “October surprise”. Well see. 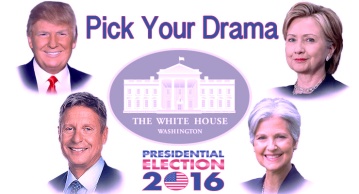 One major thread of course is this year’s United States presidential elections. There are many drama’s unfolding on this subject in the mainstream media as well as in the alternative media. All you have to do is a quick youtube or Google search of what is happening in this very convoluted and sometimes dizzying display of what our current system is undergoing and perhaps revealing.

Although, this is not the main focus of this article, it is merely a caveat to a very rare prediction from a being who claims to be from another planet and an unlikely connection to a man who claims to be part of the “Secret Space Program”.

Bashar is a being who claims to be from a planet called “Essassani” and is channelled byDarryl Anka. If you know who Bashar is you may have noticed that his main focus is on how we as humans can improve ourselves, love each other and to follow our greatest excitement. He periodically talks about other E.T. races, his home and what is “out there”.

Although, he rarely goes into predictions. 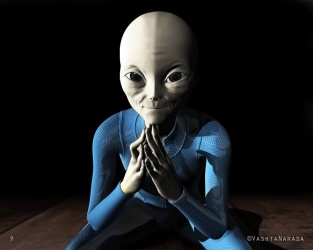 In 2014 Bashar opened a channel to 3 beings that orbit his planet. These beings identified themselves as Epsilon, Epiphany and Eclipse. Their function is to be a conduit of the “Sassani” people (the beings that live on Essassani) as their “collectiveoversoul” (collective consciousness). These 3 beings describe themselves as spheres that glow in a blue/white light, are approximately 75 miles in diameter and orbit their planet.

Now, let’s forward to our present day in 2016. A man named Corey Goodehas made quite an entrance into our own collective consciousness on Earth. In 2015 Corey Goode came out as a whistleblower claiming he was part of a covert Earth based secret space program (SSP). These humans have quite an array of exotic technologies that many of us can barely even dream of. He claims he was part of what he referred to as “The 20 and back program” where an individual of interest is offered to work in one of the SSP’s programs for 20 years, and upon completion of these 20 years, their age is reversed, their memory is wiped and they are taken back in time moments after they left for their tour of duty 20 years ago. In the past few months others have come out and are testifying that they were also part of the SSP in one way or another.

Now here’s where it gets interesting…Corey Goode also claims he is in contact with “The Sphere Being Alliance” (SBA). The SBA include the “Blue Avians”, who have humanoid bodies and bird-like faces, the “Golden Triangle head beings”, who also have humanoid bodies with inverted triangular shaped heads, and the “Sphere Beings” who are blue spherical beings and can be the size of a baseball to the size of Jupiter in an instant.

According to Corey Goode, these “Sphere Beings” are all over our solar system, especially around Earth. They are here to postpone a solar event giving us time to bring our planet into balance through a “Full Disclosure” initiative implemented by we the people and what is called the “Earth Alliance”. Throughout Corey Goode’s testimony, he has been briefing us on massive movements by the Earth Alliance groups to topple the power elite a.k.a the cabal, illuminati or syndicate groups. He also is saying that these movements are escalating and are reaching a tipping point. The times we are in now are quite important according to Goode.

Now lets tie these two threads together. The most interesting aspect of these two threads, is that they both involve Sphere Beings that take on very similar characteristics and both descriptions of these sphere beings are mainly defined by the color blue. Bashar, (via 3 sphere beings called Epsilon, Epiphany and Eclipse) in 2014 stated that in the fall of 2016 “Everything will change”. Corey Goode is in contact with sphere beings and are here to see us through a transitionary period that we are currently undergoing. And…we are right on the doorstep of the fall of 2016.

What will happen? Will everything change? Are these two threads related? Perhaps we’ll find out soon enough.

Here’s a transcript of the Bashar channeling from 2014. Also there are  a couple of links that provide a video of this channeling and the original transcript at the bottom of the page. 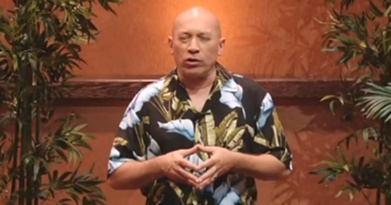 We are Epsilon, we are one of three. There is Epsilon, there is Epiphany, there is Eclipse.
We are three and we are one. You would understand us as collective oversoul of the Sassani society.

ALL the individuals on their world we reflect in three parts, we are trinary consciousness expressed as Epsilon, Epiphany and Eclipse. We are also embodied in physical form. Each of us is an artificial sphere 75 of your miles in diameter in a trinary stable orbit around the planet of Essassani. We glow with blue and white light that is reflective of the matrix of our consciousness.

You would think of us as orbiting super computers. We are more than that. There are no others like us! No others shall channel us but this channel, for this channel has allowed the transmissions for 30 of your years to pass through his form.

That is the 1st stage of allowing connection to the Essassani oversoul expressed in this 3 parts structure in our orbit around the world forming stability for the Essassani. As you have been told we have no moon as you do, but we are the stabilizing factor, the artificial moons that are 10% of the diameter, 1 % of the diameter of the entire world itself, but 10% of the diameter of the trinary structure as a whole. We resonate and vibrate, you would feel and perceive that we are glasslike spheres made of hundreds of layers, hundreds of thin layers, each thin layer being 300 feet thick, composed of 1200 layers, composing 75 of your miles in diameter, coruscating and cascading with blue-white light that is the representation of the flickering of our consciousness and the expression of our being. I am Epsilon and together with Epiphany and Eclipse we are the stabilizing consciousness of the entire Essassani oversoul. It has now been 30 years in your terms of counting of transmission to your world for ours.