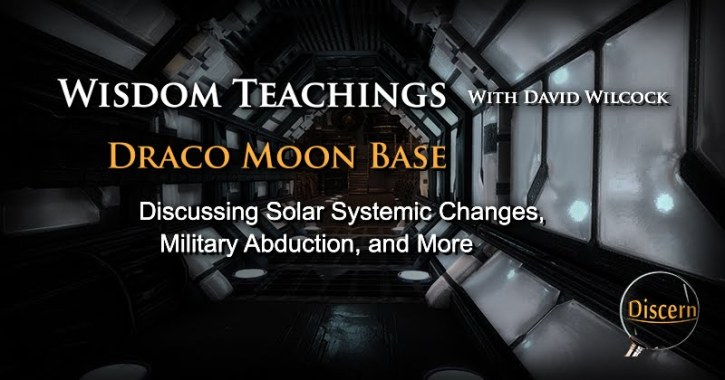 This episode of the Wisdom Teachings series seems to mark a point of special significance for myself and most likely many others. It seems that in recent times, events have been aligning in unexpected ways beyond those of previous instances of synchronicity. Events now seem to synchronize on a multidimensional level—not simply consisting of two points of correlation, but of multiple points which are situationally independent from one another.

Additionally, thoughts now seem to be manifesting at an ever-quickening rate. These accelerations may be a result of the collective consciousness of humanity unifying in greater ways than ever before. If this is true, it may mean that our collective ability to change our life course and the course of our world may be increasing as well—opening us up to possibilities never experienced before. This concentration and unification of creative potential may allow us to move forward more efficiently on our journey of evolution.

Mastery and Manifestation – A Lesson on the Power of Mass Consciousness, and the Key to our Divine Creativity

It has been on my mind to write an article on the numerous testimonies we have heard from Secret Space Program whistleblowers. This article would concentrate on the subject of the abduction phenomenon, combining these testimonies with evaluations of my own experiences and painting a 3-dimensional picture of the situation as it stands. I am currently working on that article which parallels this one quite nicely and am excited to see how it turns out. For right now, I’m eager to discuss the contents of this episode.

The subject of the Draco moon base has come up in past episodes of Wisdom Teachings as well as in many episodes of the Cosmic Disclosure series. We have also heard the testimonies of Dr. Michael Salla, William Tompkins, Pete Peterson, and Corey Goode on this same subject and may have been surprised to see how well these numerous, independent testimonies aligned.

We have these four men who had completely independent experiences at different times. Each of their experiences made them aware of the extra-planetary operations of both human and E.T. groups, and from the combination of their various disclosures, we have substantially corroborating evidence which helps prove the phenomenon of abduction to be true to our present situation.

David Wilcock starts the discussion off with a reminder on the intelligence we received from retired Colonel William Tompkins. We may recall Tompkins’ experiences at the Douglas Air Company think tank where he worked on back-engineering Nazi technology which was given to the Nazis by Reptilian E.T.s. These Nazis were observed by the American spying operations to be receiving assistance from the Draco Reptilians in developing propulsion technology, weaponry, transportation technology and more. These Draco were also found to have been assisting the Nazis in establishing their own base on the Antarctic continent dating back to as early as 1913 to 1915.

The Nazis would develop their war machine to the point that they no longer needed to conquer the Earth. Instead they set their sights elsewhere throughout the solar system—using Antarctica as a springboard, and then traveling to the moon and other locations. At each step of the way, the Draco were assisting the development of Nazi technology. It was from these bases, and by these Nazi characters that many of the military abduction and human experimentation programs would begin to take shape.

(Wilcock adds that Pete Peterson along with numerous other sources have come forward to confirm the existence of the moon base and the operations that have taken place there.)

Cosmic Disclosure – William Tompkins Bio – Show Transcript, Plus Extended Commentary from Dr. Michael Salla David Wilcock made mention of a point made last week that the massive data hacks against the OPM (Office of Personnel Management) could blow the whole issue of military abduction wide open. Consider the fact that this hack breached the entire personnel database of the U.S. government, including the files of those with security clearance. This would mean that potentially everyone who has participated in government of Secret Space Program operations no longer have the secrecy needed to hide any crimes they may have committed.

From the OPM data breach, we may see numerous revelations come forward. Additionally, we have a multitude of new whistleblowers coming forward to further substantiate the already significant intelligence we have received thus far.

The first article mentioned in this discussion focuses on the subject of these OPM hacks and is written by one individual who was directly affected by this breach of privacy. The article of interest comes to us from the website, Fusion.com. 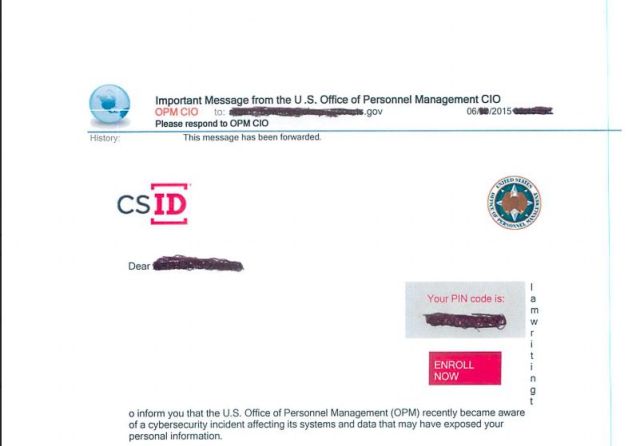 This month, the federal government disclosed that the Office of Personnel Management (OPM) had been infiltrated by hackers who have been inside their systems for over a year. The hackers got access to the records of millions of federal employees. According to media reports, intelligence officials think the Chinese are responsible and that they are building “a vast database of federal workers.”

Art Bowker is one of those millions of employees. He’s a federal employee in Ohio who has written two books, the most recent one dealing with “Investigating Internet Crimes.” This is what he’s worried about. As told to Kashmir Hill.

I heard about the hack last week, and I thought, “That’s not good.”

They sent me an email two days ago telling me that my data appears to be compromised and that I’ll be enrolled in a program for credit monitoring that covers me up to a million dollars. I called the contractor from OPM that was listed in the email, a 1-800 number, and wanted to know how big the breach was. Did they just get names? They couldn’t tell me. It’s like someone broke into my house and they won’t tell me what they took.

They didn’t tell me exactly what information was exposed, but this is the agency that does background checks and security clearances. They’re the agency that asks people who know you, “What do you know about this person that could be used to blackmail them?”

If [the hackers] also got people’s security clearances, they will have a boatload of information.

They don’t just have everything they need to steal my identity — my Social Security number, date of birth, and everywhere I’ve lived— but all of that information for my wife, and my children, and even my grandchildren. If people were married multiple times, former spouses are in there. When I said, “What about my family?” Their response was, “Are they federal employees?” I said no, and they said “The credit monitoring is only for federal employees.” My identity is covered but my wife’s isn’t. If something happens to her credit, it’s going to affect my credit.

When I requested a copy of it, it disclosed what a supervisor who I didn’t get along with said about me. She said I had a drinking problem, but it wasn’t substantiated at all. They asked how she knew and she said, “Someone told me that.” There was no other evidence. But that’s in my background investigation and I can’t get it removed.

http://fusion.net/story/149831/opm-hack-happened-to-me/ This article spelled out just how massive of a security failure the OPM hack represented. We may compare this failure to that of the NSA, where security personnel placed all of their information in one central location. This later allowed for easy infiltration and collection of this information by Edward Snowden and his team. Though we cannot say for certain why such carelessness went unchecked for such a long time, we can be grateful that it did go unchecked, as these security failures have allowed for large disclosures of government crimes to be released.

Wilcock makes mention of the fact that this hack included the sensitive and personal information of roughly 14 million government employees.  Consequently, a large number of people were left extremely unhappy about their privacy being so poorly managed by government security.

We may also remember that all information used to obtain security clearances was stored at the Office of Personnel Management.  This means that because of these breaches, national security is no longer valid.  To add, all oaths of secrecy taken by these individuals are invalidated, as there is no longer any secrecy to keep. In other words, there is no reason for anyone to remain silent about their activities within classified programs, as secrecy has already been compromised. With this in mind, it may be a wise idea for these government and SSP operatives to come forward with the truth now in order to avoid prosecution and consequent charges when the mass arrests take place, according to Wilcock.

American Mind Control: The Cost of Secrecy Part 1 – Examining the Effects of Secrecy, Propaganda, and Organized, White-Collar Crime This subject reminds me of the testimony of one whistleblower who came forward in 2004 and revealed the truth behind the fascist foreign policies of the West. The individual to whom I’m referring is John Perkins, who is best known for his books Confessions of an Economic Hitman.Within this book, Perkins details his life working for the NSA as a….
Read the Rest of the Article Here